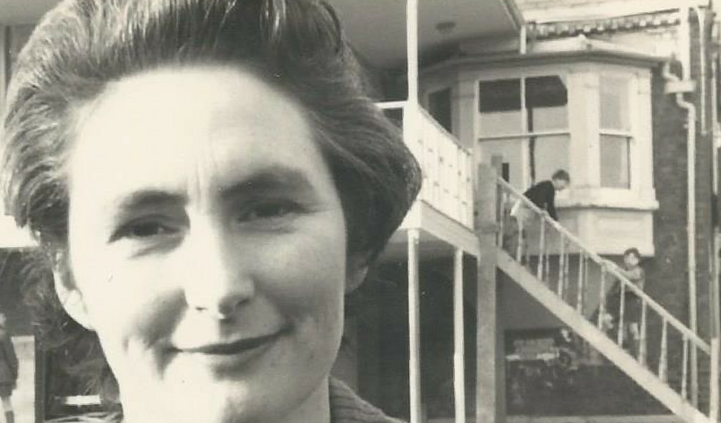 Today marks 11 years since the passing of former Belfast City Councillor and founder of the Lyric Theatre Mary O’Malley. Mary, a long term resident of Derryvolgie Avenue had moved to Belfast at a young age from her birthplace of Cork and played a leading role in the cultural development of Belfast in the 50’s 60’s and 70’s. She was the leading figure among a group who founded the Lyric Theatre and provided its first home in a barn at the back of her house.

In 1952 Mary was elected as an independent labour councillor for the Smithfield ward of Belfast. As a member of Council Mary successfully undertook a number of campaigns for the underprivileged, especially in pursuit of women’s rights and famously rallied to the defence of the poet John Hewitt who had been passed over in the appointment of the Director of the Belfast Museum and art Gallery in September 1952, ostensibly for his left of centre political views.

In those early years the Lyric became known for its powerful performances of a wide range of European writers but it was Mary who gave early recognition to WB Yeat’s dramatic work and every season his plays featured prominently in that year’s repertoire. So much so that after one performance a member of the audience greeted her: “Hail Mary full of Yeats.”

The Lyric soon claimed its place along with the Abbey and the Gate, as one of the preeminent theatres on the island of Ireland and with it came actors of the calibre of Liam Neeson, Ian McElhinney, Ciaran Hinds, Adrian Dunbar, Liam O’Callaghan and Stella McCusker, all of whom have drawn deep influence from their early association with the theatre.

“I suppose I must have been round about eight, maybe nine years old that was my first memory of going to the theatre. My recollection of it at that time was that it was very small and when I think back now it must have been terribly small because I was quite small, I suppose, and young. And things always seem bigger to you when you’re younger. So it must have been small.

But I recall plays like the classics: Shakespeare’s Julius Caesar, Macbeth. Full cast, absolute full cast, nobody doubled up on parts. Everybody was cast as a single person. So I mean you could have a stage not much bigger ten or twelve feet by eight and there might be thirty people on stage, you know. It was quite incredible. They are my first sort of memories of the theatre.
Going along with that would be my father arriving home of a Saturday night or Sunday with a bolt of cloth and bits and pieces of material and asking my mother to make costumes for twenty or thirty Roman Centurions, you know. And my mother patiently sitting making costumes night after night for productions that would occur in the next few weeks.

Mary O’Malley, as I remember, had a great knack of getting people to do things for her. One of her expressions was ‘I wonder could you …?’ And people invariably did say ‘Oh yeah, well okay. I’ll do that.’ And my mother was one of those people and my father was one. She was very loyal and completely and totally honest. I mean, that’s one thing I recall of Mary. Formidable yes, but formidable only when it came to the theatre. The theatre that meant everything. I mean it had to be done and she did it. I mean when you look back on what she did, on what she set up in this town, it’s quite amazing. Because I mean there was nothing here, nothing! And Mary set this up. She set up the craft shop, the dance studio, the children’s youth theatre. This theatre is all part of what she did. Of course, you can’t forget the input from Pearse O’Malley who was the quiet man in the background and he was very much supportive of what she did.

My first memory was after I had written a play in Turf Lodge. A couple I knew called Dessie Murray and Marie O’Hare, friends of mine that were married, said ‘That [play] was good , why don’t you go to the Lyric Theatre and see some plays?’ And I said ‘Where is that?’ Because I’d never heard of it and they said that they’d been to see a play called We Do It For Love and if it was still on I should go and see it. And I managed to find out where the Lyric Theatre was, got a black taxi down the road and a bus up Stranmillis and went to see it with my wife at that time, Moira.

And eh, the experience was just — the experience just was very powerful. I was coming from Turf Lodge where – 1976 I think it was, 1975 – it was the height of the Troubles. There was shooting every night. Turmoil your whole life was all of that West Belfast violence and politics and then you get off the bus, walk down the street and go into this utterly, utterly radically different environment. And I remember sitting in the seats during the break and thinking ‘I like this, this is a nice … way of spending an evening’ or of conducting your life or whatever it was.

And I went back and saw a few more plays: The Risen People which had Liam Neeson in it and James Larkin and a few others. And in the meantime I was writing away at Turf Lodge – plays with the Fellowship. And that was really my first experience as an audience member from about, I would say, I think I saw We Do it For Love in ‘76. And then I tried to go to the theatre as often as my lifestyle at that time would allow. Probably about twice a year right through until I was appointed resident playwright in 1980.
Martin Lynch (playwright)