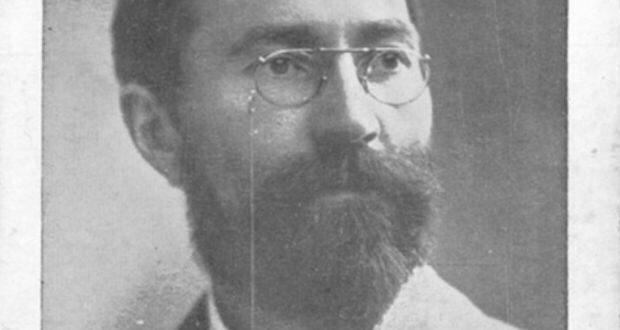 As we begin 2016 we enter the fourth and perhaps most challenging year of the ‘Decade of Centenaries’.
1916 was of course a formative year for the island of Ireland and to do the anniversary justice, we must embrace the full complexity of our island’s shared history.
Above all we cannot allow the politics of 1916 – be they the politics of Connolly or Carson, Covenant or Proclamation – to be traduced by being presented as some sort of pre-packaged propaganda designed merely to suit the needs of a contemporary political agenda.
But we must also not be content with a superficial transactional approach to commemorating these events – a ‘one for you, one for me, you attend mine, I’ll attend yours’ approach. This is just watching shadows on the wall of a cave and will be of little use to any of us in years to come. The events of this decade have done much to shape our national psyche and it is only right that we do debate them and learn what we can of this complex and nuanced time.
If we approach them honestly and with an open mind however it does offer us an opportunity for a shared reflection. A re-examination of our society which is informed by the past, informs the present and most importantly can be used in the formation of our future. As with very much in Irish politics and life, there are of course a multitude of competing narratives and considerable potential for discord.
To remember ethically it is important that we acknowledge a range of viewpoints, and that we understand that how we as a society approach these centenaries will for example shape how we collectively mark upcoming 50th anniversaries of events that are in lived memory for many —the formation of the Civil Rights movement, Bloody Sunday and the many atrocities of the troubles.
We cannot allow ourselves to be brought down the cul-de-sac of marking the Easter Rising in a one dimensional, jingoistic manner. We would do well for example to heed Rev. Johnston McMaster when he warns of the “myth of redemptive violence” a concept which can be seen echoed across Ireland’s political traditions. We must be wary of presenting the rising simply as some sort of necessary and virtuous blood sacrifice for Ireland’s freedom, or indeed portraying any other event as a voluntary sacrifice which commands some sort of moral obligation in return.
While the bravery and ideals of those who took part in the Rising were recognised even by those who ordered their executions and the aspirations to rid Ireland of poverty and want are unimpeachable, there is still much about the Rising worthy of debate. Because the Rising when all things are considered, reflects the broad spectrum of Irish politics. It is not merely that the Rising should not be the preserve of one political party it’s that cannot. The participants themselves were in an uneasy coalition on narrow common political ground.
For example when Padraig Pearse asserted at the funeral of O’Donovan Rossa that “We know only one definition of Irish freedom” he was perhaps forgetting that James Connolly had a radically different understanding of what Irish emancipation entailed. Or when Thomas MacDonagh spoke in Beresford Place of ‘the hills of Ireland being crimsoned with blood’ he repelled Francis Sheehy Skeffington who replied that he wished to see ‘the manhood of Ireland no longer hypnotized by the ‘glory of arms’ or ‘blind to the horrors of organised murder.’
In fact the open letter that Francis Sheehy Skeffington wrote to Thomas MacDonagh in May 1915 is perhaps one of the most overlooked but important documents for anyone looking for a fuller understanding the rising. In this letter, written just a short year before his murder during the Rising, Skeffington ranges over the wider political context of those years – women’s suffrage, the formation of the trade union movement and the industrial carnage of the first world war.
He warns MacDonagh to clearly to distinguish between desirable ends and unacceptable means by saying that what MacDonagh is advocating may be “militarism at its best. But it is militarism. It is organised to kill.”
But it is perhaps when Skeffington turns to what must follow the War and the Rising that he perhaps unwittingly touches upon his most pertinent observation. “After war, nothing can be as it was before. The foundations of all things must be re-examined. Things which we might have let pass, light heartedly, as unimportant, now come to be charged with a tragic and intense significance. Formerly, we could only imagine the chaos to which we were being led by the military spirit. Now we realise it. And we must never fall into that abyss again.”
And if that is our lesson, that conflict severs the multitude of connections that binds a society together and gives even minor things a tragic significance, and if we can take from the decade of centenaries the realisation that militarism and violence has no place in Irish politics, well then we’d all be the better for it.